A few days ago my friend Randall asked me for some tiered recommendations for laptops that run Linux well. Here’s what I came up with:

I’m a big fan of Samsung laptops, in fact I’m writing this on a 15” New Series 9 that’s actually in a 14” body. Thin, sleek… these laptops look really good. For $799 ($360 discount at the moment) this quad-core AMD machine comes with 4GB of RAM which is a good starting point for most developers.

I’d definitely consider this an entry level laptop, but one that’s got good specs for a good price.

My hesitations with this laptop are based on difficulties I had with the 15” New Series 9: difficult to get Linux installed and the case cracked.

On getting Ubuntu installed originally, there was some BIOS issue that prevented the laptop from booting up to a USB drive. I had to return 2 laptops before I got one that worked. After that, smooth sailing.

And… the case cracked. I think it’s partly from the stress of opening and closing the lid, and partly from a little heat that comes off of the charger. 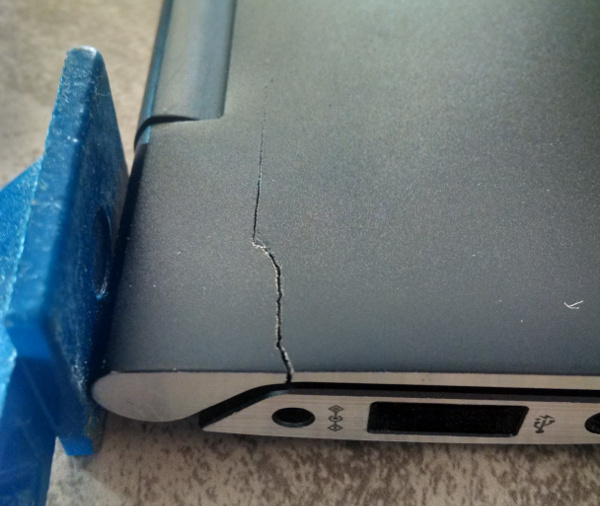 It got so bad that I couldn’t open up the lid without risking snapping the whole lid off. I fashioned a metal plate and used J-B Kwik Weld to adhere the plate to the lid but even that hasn’t held all the way. I hope that Samsung addressed this in later versions.

My mom bought one of these from Adron and it was already running Ubuntu. I switched her over to Xubuntu (more on that later) and it runs really well. ThinkPads have a reputation running Linux, and that doesn’t seem to have been lost when Lenovo acquired IBM’s hardware line.

If I decide against another Samsung I’ll be grabbing one of these.

For $1199 this laptop is pretty sweet too, mostly because it comes with Ubuntu 12.04 LTS pre-installed. Hopefully Dell will bump the version soon! I’m done with Dells, but for those out there that aren’t, this is a great model.

As for flavor of Linux, I’ve been using Ubuntu or a variant since 2007 and I highly recommend it. Over Xmas I switched from Ubuntu to Xubuntu, which uses Xfce instead of Gnome, and I really like it. Same kernel, same app compatibility and install through Aptitude and the Ubuntu Software Center, and it’s lighter/faster than Ubuntu/Gnome.

There are a ton of choices, but the most solid ones are really fantastic. Maybe Linux never took over the Desktop, and that’s fine. It works well on laptops and I appreciate the computer I have.

I received a great email from Jeff Bonhags regarding the Lenovo Yoga Pro 2. With this in mind, I’m removing the Yoga Pro 2 from my list. Here’s Jeff’s email:

I was psyched to see your Linux laptop recommendations article, less so to see the Yoga Pro 2 recommended. I’ve been using Linux on that laptop for about six months, and I don’t think it’s a great choice.

The laptop has a few strikes against it to begin with: the touchpad is terrible, the touchscreen/tablet mode is weird and/or pointless. The touchscreen is pressure sensitive (not heat sensitive), so if you accidentally brush a piece of paper or a wire against the screen the mouse cursor will jump all over the place.

I tried out OpenSUSE, Fedora, Ubuntu, and Arch, and there were plenty of weird quirks with all of them. The Intel 7260 Bluetooth/wifi card is new enough that it doesn’t have stellar Linux support yet. So you have to fiddle with rfkill and blacklist the ideapad_laptop module. Suspend is far from perfect: on OpenSUSE 13.1 there were gross video artifacts when I opened the laptop lid and could only (but not always) get rid of them by switching to a virtual console and then back to X again – although these went away when I upgraded to OpenSUSE Factory (which I’m using now). Sometimes the keys would stay activated in tablet mode, sometimes they wouldn’t.

I’m sorry I don’t have a better recommendation, or else I’d be using it! Let me know if you hear anything from other readers.

Also, sorry if this is coming off as rant-y – tweaking a couple of settings isn’t the end of the world, but this laptop has been surprisingly difficult to use with Linux.

If there are any other experiences I’d love to hear about them.